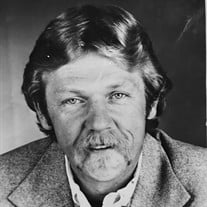 Wallace Leroy Wendt was born on April 3, 1947, in Green Bay, Wisconsin, the only son of Walter and Marie Wendt. He was raised in Green Valley, Wisconsin, along with his two sisters, Jeanette (Richard) Campbell, Sturgeon Bay, Wisconsin, and Grace (David) Dahlke, Campbellsport, Wisconsin. He leaves behind two children, Christopher and Nicole Wendt of Green Bay, Wisconsin, three grandchildren, Alexcia Wendt, Steven Piechota, and LaFerin Wendt, two nieces, Deanne (Matt) Boyce, Grafton, Wisconsin, and Carla (Jason) Herried, Muskego, Wisconsin, grandnieces Atira Boyce, Isabelle Herried, grandnephews Samuel Boyce, and Cameron Herried, numerous cousins, one Aunt, Morva Bishop, of Wausau, Wisconsin. Wallace passed away April 15, 2019. He was preceded in death by his parents. Wally treasured his many friends, as they valued his friendship. Dan, Whitey, McGoo, Bert, Bill, and Sherry, and many others who eased his passing in very special ways. Wally valued his friends and they responded in kind. He enjoyed sharing good times, as a baseball pitcher, a golfer, hunter, and fisherman. We greatly valued the sacrifices he made on behalf of his country as a true war hero. He fought hard in Vietnam and again he accepted the challenges of suffering from his war experiences. Wally will be missed by his family and friends. All who knew him learned of quiet courage, of a twinkling eye, and of a pride in family and country. In honor of Wally's service to our country there will be a graveside service Friday, April 26, at 11 AM at Allouez Catholic Cemetery, 2121 Riverside Dr., followed by military honors. When you drive past his final resting place, pause for a few moments, salute him, and smile with thoughts of Wally Wendt.

The family of Wallace Leroy Wendt created this Life Tributes page to make it easy to share your memories.

Send flowers to the Wendt family.