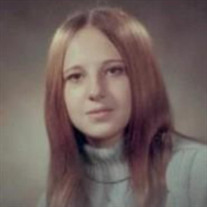 Susan "Suzie" A. Herman, 68, Green Bay, passed away Friday morning, November 5, 2021, surrounded by her loving family while at a local hospital. Born November 20, 1952, in Green Bay, she is the daughter of Lorraine (Henzel) LaRock Muck and the late John LaRock. Suzie is a graduate of West High School, Class of 1971, where she met her high school sweet heart, Jeff Herman. The couple was joined in marriage on April 15, 1971 at her parent's home. After Jeff was honorably discharged from the US Marine Corps the family settled back in Green Bay and together raised their young family. Suzie was a hard working individual who held various jobs to support the family but she was most happy to be a full-time mom, wife and served as a role model for so many young children. She will be remembered as an avid reader, starting in youth going to the library often and saving all of her money earned from her chores and babysitting to buy a new adventure in printed form. Suzie was also a gifted artist expressing herself in painting, drawing, crafts and floral arranging. Suzie was always willing to play a game of Scrabble with anyone up for the challenge. She also had a love for her coffee but most importantly, her family was her greatest passion. Suzie is survived by her devoted husband of 50 years, Jeff; three children and their spouses, Jeff Herman of Bonduel, Heidi (Chad) Breider of Abrams and Master Sargent Scotty (Cathy) Herman currently serving overseas; grandchildren, Elara, Adler, Alex, Ethan, Josh, Gabe, Maddie, Jimmy and Alex; her mother, Lorraine and her husband, Orv Muck; and siblings, Tom (Carol) LaRock, Carol Amenson, Linda LaRock, Doug (Lynn) LaRock, and Pam (Dennis) Lasecki; brother-in-law, Karl Kelsey; and Jeff's surviving four brothers, Jerry, Joey, Bob, and Doug, and his one sister, Judy and their families; and the countless aunts, uncles, relatives and friends, who were all greatly cherished by Suzie. She was preceded in death by her father; sister, Mary Kelsey; Jeff's brother, Jim Herman; and many close and very special extended family members. Visitation at Malcore (West) Funeral Home, 1530 West Mason Street, Friday, Nov. 12, 2021, from 1-3pm. Memorial service 3pm Friday at the funeral home with Deacon Bill Burkel officiating. The family is being served by Simply Cremation, Green Bay. Suzie's husband and children extend a special thank you to Dr. Yanashyan and the caring staff of the ICU at Bellin Hospital; and most especially to Suzie and Jeff's family for all their assistance through out this trying time.

Susan "Suzie" A. Herman, 68, Green Bay, passed away Friday morning, November 5, 2021, surrounded by her loving family while at a local hospital. Born November 20, 1952, in Green Bay, she is the daughter of Lorraine (Henzel) LaRock Muck and the... View Obituary & Service Information

The family of Susan "Suzie" A. Herman created this Life Tributes page to make it easy to share your memories.

Send flowers to the Herman family.