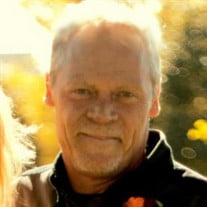 Scott Alan Bergner, age 58, took his last swing at cancer on Thursday, May 23, 2019. He passed away peacefully at home with his adoring wife, Angela (Walters) at his side, and family members, countless friends, and friends of those friends praying... View Obituary & Service Information

The family of Scott Alan Bergner created this Life Tributes page to make it easy to share your memories.

Send flowers to the Bergner family.