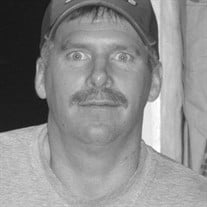 Roman (Romy) Antone Stoviak, 54, passed away peacefully surrounded by family on December 23, 2021 after a short battle with cancer. He was born April 3, 1967 at St. Mary’s hospital to the late Ramon J. Stoviak and Carolyn (nee Clark) Stoviak. Romy was a proud alumni of Green Bay Southwest High School class of 1985. In 1986 he tragically suffered a spinal cord injury which left him confined to a wheelchair, despite this he still managed to keep a positive attitude and a large network of friends. He liked nothing more than a good rock song, an Old Fashioned and time spent with family and friends. He was well known for his ability to fix anything whether it was electronics, a car or a simple two-stroke engine he could make it run again. It may have looked unconventional when he was done, but it worked. Romy was an avid Packers fan and attended many games with his sister and brother-in-law, the highlight being the military flyovers which he would go into great detail about the plane, what base it came from and any other fact he could pull from his seemingly endless knowledge of military aircraft. Romy was a huge fan of the annual EAA convention, usually spending the week making new friends and connecting with people as equally passionate about aviation as he was. One of his fondest times at EAA was when his nieces spent the day with him and watched the Blue Angels perform. Romy is survived by his mother, Carolyn Stoviak, and sisters, Rama (Dan) Zenz, Risa (John) Williamson, and Regan (Corey) Wallenfang; his nieces McKenna, Cameron, and Payton Zenz; and Aydra Williamson. He is also survived by his aunt and godmother Mary Lou Stoviak and many cousins, many of which he was able to reconnect with in recent years. He is further survived by his canine companion, Gordy, who brought him much joy and comfort throughout his cancer journey. Romy was preceded in death by his father, Ramon Stoviak, grandparents Roman and Eleanor Stoviak, and Evelyn Clark along with many aunts, uncles, and family pets. The family would like to express their heartfelt thanks to all the medical professionals that were part of his journey, especially to the nursing staff at the Jack and Engrid Meng Hospice Residence that made his last weeks comfortable. A Celebration of Romy's life will be held on Sunday, April 3, 2022, from 12 p.m. to 5 p.m. at the Pamperin Park Dance Hall. Online condolences can be made at Simply Cremation. In lieu of flowers, contributions can be made to local animal shelters as it was his wish that all animals would find their forever home.

Roman (Romy) Antone Stoviak, 54, passed away peacefully surrounded by family on December 23, 2021 after a short battle with cancer. He was born April 3, 1967 at St. Mary&#8217;s hospital to the late Ramon J. Stoviak and Carolyn (nee Clark)... View Obituary & Service Information

The family of Roman (Romy) Stoviak created this Life Tributes page to make it easy to share your memories.

Send flowers to the Stoviak family.