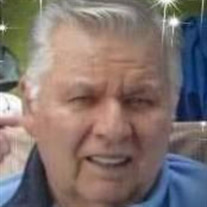 Randall Carl Kath, 82, Sheboygan, passed away Sunday, October 4, 2020, at Sharon Richardson Community Hospice, with his daughter and sister-in-law at his bedside. He was born September 26, 1938, in Sheboygan, son of the late Walter and Caroline Kath. Randall graduated from Central High School and proudly served his country in the United States Army from 1960 to 1965, stationed at Ft. Hood, Texas. He married his high school sweetheart, Ellen Dee Cooper, and she preceded Randall in death. Randall was a 3rd generation Mason, owning and operating R.C. Kath Construction. He later handed it down to his son and 4th generation Mason, Cameron, and now named C.B. Kath Construction. Randall will be missed for all his great sharing of stories, wisdom and sarcasm, and left his mark all over Sheboygan County with the talents of his construction work. He loved his family very much, especially his daughter, Jessica, who gave 100% of her care and love in his age, and a son he was incredibly proud of and his talent of construction he taught to him at a very young age. He loved his favorite dinner pal and sister-in-law, Kandy also. He will be deeply missed by his son, Cameron (Helen) Kath; daughter, Jessica (James) Spender; 4 grandchildren: Jasmine and Jacob Spender, and Morgan and Courtney Kath; brother, Terry Kath; and sister-in-law, Kandy. He also leaves behind many nieces, nephews and great friends. A private ceremony will be held by the family. Memorial contributions and condolences may be sent to 713 Dillingham Ave., Sheboygan, WI, 53081. The family would like to extend a heartfelt thank you to Sharon Richardson Hospice Center for everything, and the volunteer VA at hospice. He will always be with us as he always said...like the trees he so loved.

Randall Carl Kath, 82, Sheboygan, passed away Sunday, October 4, 2020, at Sharon Richardson Community Hospice, with his daughter and sister-in-law at his bedside. He was born September 26, 1938, in Sheboygan, son of the late Walter and Caroline... View Obituary & Service Information

The family of Randall Carl Kath created this Life Tributes page to make it easy to share your memories.

Send flowers to the Kath family.