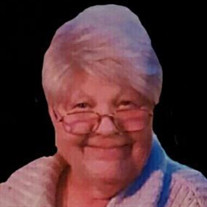 Mary Kay, as many of you know her, passed away in her home peacefully on December 28th, 2020 surrounded by her loved ones. Born to Thomas and Vivian Dunn on January 22nd, 1947 in Milwaukee, WI. She grew up in the Wisconsin and Florida area and graduated from Oshkosh High School in 1965. She married Dave Guetschow, and had her first son, Eric Lee. Though the marriage did not work out they remained friends. Over time she married James M. Rennert with whom she had two children, Victoria Anne and Jameson Murle. She and Jim were active members in The Community Players and enjoyed being part of many shows. Over the years they felt being friends was better than being spouses. After their divorce they remained best friends for many years until his passing in 2014. Mary Kay then went on to nursing school to better her future. Working hard and graduating while raising two teens she met a long lost friend with whom she eventually married. Paul Jennerjahn became her everything. Happily in love and together until the end. Paul loved her dearly and would do anything for her. Mary Kay is survived by her children, and adored grandchildren. Son Eric (Kelly) Rennert, Daughter Victoria(Craig) Krystek. Her step-son Paul Jr.(Tami) Jennerjahn of Holt, MI and step-daughter Dixie Jennerjahn of Lansing, MI. Grandchildren: Jozie(Patrick Sirtoff) Rennert of Oregon, Brady (Elizabeth Stangel)Rennert, Bryce Rennert, Deanna Krystek, Jordan Krystek, Justice Krystek, Annastasia Krystek, and Addyson Rennert(mom Tracy Crooks) all of Oshkosh. Granddaughter Karlee(Sam)Rennert and her son Mason(Great grandson) of Wisconsin Rapids. Courtney and Taylor Jennerjahn of Lansing, MI. Mary Kay is also survived by her brothers Thomas(Jeanne) Dunn of Oshkosh and Patrick Dunn of Neenah. There are many nieces and nephews as well as great nieces and nephews. Know she loved you all and cared for you all. Mary Kay very much enjoyed her nursing career and started at Omro Care Center. She moved on to Parkview Health Center. Her high point which she loved dearly, working at The Franciscan Court with the aging nuns of the Sisters of the Sorrowful Mother. While her nursing career tapered(but kept her license), she began working for Mercy Medical Center as a switchboard operator for the old and new hospital. From here, she retired and became a happy Grandmother. Spending quality time and enjoying all she could with her growing number of grandchildren. Many knew Mary Kay as a woman who would help anyone in need as best she could. You could bring her anything to fix or clean and she would return it to you as almost new, or even better. She was a tough woman when needed, sheltered and cared for many as if her own. She would do her best to try and put those that needed it, back on the right path. She loved with all her heart and gave many chances. Family will remember her for her cooking, she did everything from scratch. Stews, soups, her amazing chili, Christmas sweets and much much more. She always had enough for that extra person ..or ten. A proud woman who survived breast cancer and it's long treatments, she never let this slow her down. Her daily two companions kept her moving and a reason to get up. At the time of her cancer treatments they were puppies, now grown and old, Jack and Jill her Weimaraner/lab mix dogs. These two loved her and spent the days listening to her talk with others regarding real life documentaries and politics. They knew the key words to avoid. Before the illnesses and pain took over, she was very involved with her class reunion committee and the DVA meetings regularly when held and helping as best she could. She was also well known for keeping up on her genealogy and making sure those close knew how important it was to keep in touch with your roots. Her binders and binders of work prove this. Mary Kay is proceeded in death by her parents, Thomas, Vivian and step-mother Isma, sister Joanne Fogtman, her step-sister Maryellen Krueger, her son Jameson Rennert and, mother in law Dorothy Schultz. The family will hold a celebration of life memorial to be announced to family at a later date. Thank you all for being a part of her life and giving her many memories. The family would like to also thank the Hospice team from Ascension, Chris her wonderful aide, Amy her loving nurse, and Tony who laughed with us. Thank you for making her final days as comfortable as possible. In lieu of flowers to family, please donate to the Hospice Care team of Ascension of Neenah, Wisconsin.

Mary Kay, as many of you know her, passed away in her home peacefully on December 28th, 2020 surrounded by her loved ones. Born to Thomas and Vivian Dunn on January 22nd, 1947 in Milwaukee, WI. She grew up in the Wisconsin and Florida... View Obituary & Service Information

The family of Mary Kathryn JennerJahn created this Life Tributes page to make it easy to share your memories.

Mary Kay, as many of you know her, passed away in her home peacefully...

Send flowers to the JennerJahn family.