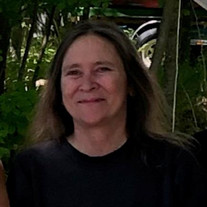 Lori Flavion, 53, Green Bay, died unexpectedly on Tuesday, August 27, 2019 in her sleep. Born in Algoma on March 4 1966 to Donna Thome and the late Russell Flavion. Lori enjoyed watching the Packers, spending time with her family and friends and especially her fur babies “Bandit and Baby”. She is survived by her mother, Donna Thome; sister, Roxie (Todd) Kissinger; brother, Jason Flavion; three nephews, Andrew Flavion, Kody Kissinger, and Evan Flavion; niece, Kassi Kissinger and her boyfriend Ron Sedlachek; many aunts, uncles, cousins, and friends. Lori was preceded in death by her father, Russ Flavion; brother, Brian Flavion; step-father, Ron Thome; grandparents, uncles and cousin. Lori will be deeply missed by many. A Celebration of Life for Lori (and her brother Brian, who passed in 2016) will be on September 22, 2019, at Josten Park (INDOOR pavilion) 2280 Town Hall Road, Green Bay, WI, starting at 11am until around 4pm.

The family of Lori Flavion created this Life Tributes page to make it easy to share your memories.

Send flowers to the Flavion family.