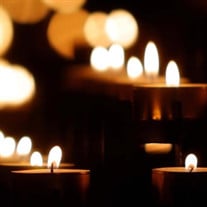 Copy the text below and then paste that into your favorite email application.

Lois Mercado, of Appleton Wisconsin, died January 9 th , 2023. Born on July 4 th , 1930, in
San Pedro California, Lois traveled the world. Her father, a career Chief Petty Officer in
the U.S. Navy, brought them to live in the Philippines, China, and Hawaii. They were
stationed at Pearl Harbor when it was attacked on December 7, 1941.

Lois served as a dental technician in the U.S. Navy during the period of the Korean
Conflict. She was the first WAVE to enlist in Utah in the Navy’s new program that
permitted women to enlist in the regular Navy. Previously women were permitted active
duty only from reserve status.

Following her service with the Navy, she graduated from Glendale College with a degree
in Zoology. Lois worked at Oregon State in the rat lab involved in research for the
National Institutes of Health to determine safety of food sterilized with radiation. She
was most proud of her career as a senior research assistant at Woods Hole Oceanographic
Institute, in Massachusetts. There she participated in many scientific research cruises,
including along the Amazon and Nile rivers.

Lois’s life covered the US from coast to coast, living in California, Oregon, Washington,
Connecticut, and for the longest while on Martha’s Vineyard and Falmouth, Cape Cod.
Her last years were spent in northeastern Wisconsin with her daughters.

A lover of lifelong learning she was an avid reader and attended lectures and classes on
any and all subjects. She was artistic and talented and enjoyed gardening, fine cooking,
oil painting, sewing, quilting, knitting, traveling and taking road trips. She adored her
granddaughter and great granddaughter, often traveling with them. She will be
remembered fondly for perfecting and making her holiday almond butter crunch toffee….
which she shared with family and friends.

Generous and kind, she donated 34 gallons of blood in her lifetime, was a founding
member of the Martha’s Vineyard Natural History Society, volunteered at Falmouth
Family Planning, Eastshore Humane Association, the Appleton VA, taught CPR and First
Aid, and provided volunteer income tax assistance for the elderly.
To order memorial trees or send flowers to the family in memory of Lois Mercado, please visit our flower store.