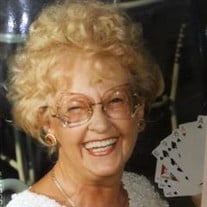 Lillian Blanche (Bradbury) Plemon (1923 – 2022) An Australian War Bride Born October 9, 1923 (the greatest generation) in Melbourne, Australia where her Grandparents, the O’Hare’s had immigrated from Ireland. She survived her three siblings, living to age 98. From age five, after losing her father post-Depression, she would spend the next 13 years being raised in a Catholic Convent where she learned and accomplished the skills of sewing, embroidering, and knitting. She was an artist by nature and nurtured by the nuns. After completing her High School education, she became a teller for the Bank of Australia, in Sydney. She met William C. Plemon, a United States Navy Sailor, whilst working and living in Sydney - it was love at first sight! They dated a year before the war ended in 1945. He proposed upon deployment, and they spent the next year arranging her departure from Australia for America. A year later Lillian arrived in the United States, November 16, 1946, aboard the USS Monterey. She would travel for weeks across the Pacific Ocean where she met and married William in St. Mary’s Cathedral sitting high on hill in China town San Francisco. Their marriage would last 64 years. She would never remove her wedding rings, she was devout, enamored, and loyal to her husband and marriage. She would give birth to four children alone in a foreign country over the span of three decades. She would sell her creative designed beaded wedding gowns to boutiques in Chicago. She was a decorator and everything she touched was beautiful. She loved the fall colors; and her favorite flower was the Lilly in relation to her name. Her nickname was “Lilly baby” and her friends called her “darling Lilly.” She was passionate about music and loved to dance. She was beautiful, once winning a contest for looking the most like Barbara Stanwick. She loved animals and most who knew her always commented on how sweet she was. She had a wicked sense of humor never remembering the end of a joke, and a dash of goofiness. She was mentally sharp and her comebacks were strong always having the last word. She was fun. She is survived by four children: Diane Victoria Kapla (Dan), Michael Thomas Plemon (Stacey), Deborah Kay Taylor (Dennis)Theresa Marie Sincoular (Todd); six grandchildren: Danielle, Drew, Jay, Casey, Logan, Aaron; and six great grandchildren: Addison, Zachary, Rose, Mary, Maggie and a little one on the way. A celebration of life will take place at Resurrection Catholic Church, 333 Hilltop Dr., Green Bay, on Monday, January 17th, with the visitation at 10AM and the service to follow at 11AM. The family would like to give a special thank you Sage Meadow and Unity Hospice for their loving care.

The family of Lillian Plemon created this Life Tributes page to make it easy to share your memories.

Send flowers to the Plemon family.