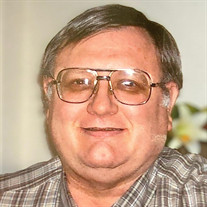 Kerry A. Sadowitz, Green Bay, passed away on July 12, 2020 at Edenbrook of Green Bay at the age of 70 of myelodysplastic syndrome. He was born on May 26, 1950 in Chicago, IL to the late Edmund and Phyllis (Penno) Sadowitz. He graduated from Preble High School in 1968. He went on to get an undergraduate degree in accounting at the University of Wisconsin Madison. While working there as a TA, he completed a master’s degree in business. After graduation, he earned the designation of CPA. He was employed by a large accounting firm in Chicago and then, by WPS in Madison before his lifelong battle with mental illness forced his move back to Green Bay. It was there that he met his second wife, Roxanne Fowles. They were a huge support to one another during their almost 24 years of marriage. Throughout the years, Kerry volunteered at The Gathering Place where he and Roxanne found solace. Kerry and Roxanne attended Green Bay Area Unitarian Universalist Fellowship where Kerry joined a mens’ group and met his steadfast friend, Jerry, with whom he enjoyed playing guitar. His other interests included drawing, journaling and Bible study. Kerry is survived by Roxanne; his daughter from his first marriage, Nikki Graf, Madison, WI; Roxanne’s children, Sandra, Michelle and Sam along with their spouses and children; a sister and brother-in-law, Barbara and Jeff McCabe of Kaukauna; niece, Amy (Ryan) Seefeldt of Appleton and their children, Marlo and Bauer; nephew, Zachary McCabe, Appleton; brother, David Sadowitz, Long Beach, CA; aunt, Mary Jane Sadowitz, Iron Mountain, MI; many cousins with whom he kept in touch with cards and calls. Family would like to express our thanks to doctors, counselors and agencies who served Kerry along the way. We would also like to acknowledge faithful cousin, Kathy Pluff; amazing lifelong friend, Joe Rueden; neighbor, Jeannie, who helped Kerry and Roxanne in so may ways; caregivers at Edenbrook and special caregiver, Ben. Simply Cremation in Green Bay is in charge of arrangements. No service is planned at this time because of COVID-19. We can honor Kerry’s life by gathering together again, as a family, at a Sadowitz Family Reunion. Memorials may be directed to The Gathering Place, 1001 Cherry St., Green Bay, WI 54301 or Green Bay Area Unitarian Universalist Fellowship, 1313 Main St., Green Bay, WI 54302. Rest in peace, Brother!

Kerry A. Sadowitz, Green Bay, passed away on July 12, 2020 at Edenbrook of Green Bay at the age of 70 of myelodysplastic syndrome. He was born on May 26, 1950 in Chicago, IL to the late Edmund and Phyllis (Penno) Sadowitz. He graduated from... View Obituary & Service Information

The family of Kerry Sadowitz created this Life Tributes page to make it easy to share your memories.

Send flowers to the Sadowitz family.