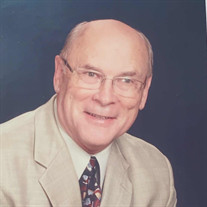 Kenneth Louis Maier 77 years, 8 months and 11 days old passed away on Sunday, December 13, 2020 surrounded by loved ones at his Allouez home after a hard fought 14-month battle with Glioblastoma. Due to the Coronavirus, there will be no public services at this time. Ken was born April 2, 1943 on the family farm in Thorp, WI. He was the youngest of 8 children born to John and Helen (Schmidt) Maier. He attended St. Bernard grade school for 8 years. His freshman year he attended McDonnell Central Catholic High School in Chippewa Falls, WI where he played football. He then returned to Thorp High school for his remaining three years, graduating in 1961. He was very active in football, track, baseball, class play and a variety of other activities including class president his sophomore year. After high school he attended St. Norbert College in De Pere, WI where he played football until he suffered a knee injury. At that time, he switched to an athletic trainer and statistician for football and basketball. He belonged to the Alpha Phi Omega fraternity and participated in ROTC. In 1979 he coached the offensive line for the St. Norbert Football team. In 2015 he was inducted into the Golden Knights - an honor reflective of excellence in both performance and sportsmanship. In August of 1965, the hottest day on record he married his high school sweetheart, Peggy Alger, whom he met in 5th grade. August 14 was on his license plate for many years and she continued to be first in his thoughts throughout his life. They enjoyed 55 years together, living in Allouez and raising their four children. They enjoyed vacationing together and visited all 50 states and a few countries. He was a humbly proud father and a tremendous role model to his children. Ken worked at AC Nielson for 4 years then spent the majority of his career with KI. He retired from KI after 25 years managing the Order Processing Department. He never neglected to turn over a chair at any event he attended to verify if it was one of “his” chairs. After retiring he made deliveries of product for the Hemophilia Outreach Center. He enjoyed traveling around the state chatting and meeting new people. He belonged to the Green Bay Monday Noon Optimist Club for many years, serving several office roles including President for a year. He enjoyed volunteering at their fundraisers which gave him opportunity to socialize. He was awarded the clubs Optimist of the Year in 2019. Ken was a kind and generous husband, father, grandfather and friend. He was an avid sports fan supporting all things regarding the Green Bay Packers and Chicago Cubs. It was a strange combination, but he never wavered. At the age of ten, he traveled from Thorp to Chicago by train to attend a Cubs game at Wrigley Field and that’s when he was hooked as a lifelong fan. He was on the Packer season ticket wait list for 33 years before he obtained them in 2001! He was the ultimate cheerleader for any team his children or grandchildren were on. He exhibited significant patience, support and grace with all of them as a formal and informal coach. He was a devout catholic and a long-time congregant of Resurrection Catholic Church in Allouez. His faith was exhibited by how he treated people and how he lived his life. Ken is survived by his wife Peggy, children, Charlie (Jane) and their sons, Luke and James of Woodbury MN; Mark (Cindy) and their children, Courtney Forgette and Zach; Michael (Jennifer) and their children, Adalee and Brett; and Jen (Jeremy) Dash and their children, Jessica and Jacob all of De Pere. One brother, Jack Maier of Milwaukee, sisters-in-law Gail Alger of Janesville and Mary Maier of Brookfield, Brothers-in-law Bill (Nancy) Alger of Wisconsin Rapids and Rick (Pat McLain) Alger of Tomahawk. Many nieces, nephews and Godchildren. Preceded in death by his parents, John and Helen (Schmidt) Maier, in-laws Ed and Ethel (Frinack) Alger, his sisters and brothers-in-law; Mercedes and Don Borton, Margaret and Frank Sonnentag and sister-in-law Myrna Maier; Brothers and sisters-in-law, Edmund and Marge Maier, Len and Laura Maier, Jerry and Mary Maier and Norm Maier and brother-in-law, Roger Alger. A thank you for all your loving care to Unity Hospice especially Johanna and Jane. The link to the live funeral service on Fri 12/18 at 11 am central is: Www.gbres.org/live It will also be recorded for viewing for a short time for those that can't attend live. In lieu of flowers consider a donation in his name to your favorite charity.

Kenneth Louis Maier 77 years, 8 months and 11 days old passed away on Sunday, December 13, 2020 surrounded by loved ones at his Allouez home after a hard fought 14-month battle with Glioblastoma. Due to the Coronavirus, there will be no public... View Obituary & Service Information

The family of Kenneth Maier created this Life Tributes page to make it easy to share your memories.

Send flowers to the Maier family.