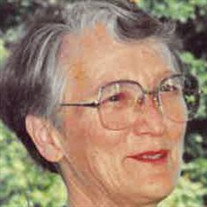 Judith Laird Griffin 82, died Thursday, November 21, 2019 at Brewster Village, Appleton, WI. She was born September 21, 1937 in Mount Prospect, IL, daughter of the late Leslie K. and Hilda Hutchinson Laird. Judith married Gary Griffin on July 7, 1956 in his home town of Green Bay, WI. Judith went to Mount Prospect High School before enrolling at Grinnell College, Iowa. She graduated from Lawrence University, Appleton, WI. She went on to earn a Masters of Science in Education from the University of Wisconsin-Oshkosh. Judith began her teaching career in the Appleton Public School District as the first autistic classroom teacher at Highlands Elementary. She retired from teaching in 2002. Judith was a lifelong advocate for children with special needs, genealogy researcher, and circus historian. She was instrumental in the formation of the Wisconsin Association for Children with Learning Disabilities and was the first Executive Director of the Autism Society of Wisconsin. Her interest in genealogy led her to creating and maintaining a number of genealogy websites including Jersey County of Illinois. A descendent of the Barnum and Bailey Circus partner, James L. Hutchinson, Judith voraciously researched circus history. This led to her involvement in the Circus Historical Society (CHS), where she was only the second woman ever to serve as president (2010-2013). As a labor of love, she developed the website for CHS. Judith collaborated with another descendent of James L. Hutchinson on his biography. Judith is survived by her three children, Caroline (Eugene Leitermann) Griffin, Gregory Laird (Laura) Griffin, Annette (Michael) Page; grandchildren, Samuel Laird (Peta) Leitermann-Long, Nora (Rachel) Griffin-Snipes, and Julia (Emma Ehrlich) Leitermann, Marianne (Seth Pourciau) Griffin and Kyllian Laird (Maggie Lawlor) Griffin; great granddaughters, Riley Alex Leitermann-Long and Rowen Laird Pourciau; a sister Joellyn (Art) Dreschel of Florida. Judith was preceded in death by her husband Gary (April 6, 2017), her parents and grandson Alex Laird Leitermann. Donations in her memory can be sent to the Circus Historical Society, 2707 Zoar Road, Cheraw, SC 29520.

The family of Judith Griffin created this Life Tributes page to make it easy to share your memories.

Send flowers to the Griffin family.