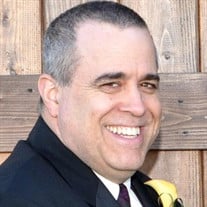 John “Johnny” Louis Schachner, Jr. of Appleton, Wisconsin entered his heavenly home and the arms of his loving Lord and Savior Jesus Christ on Tuesday, September 21, 2021 in Oshkosh, Wisconsin due to complications from COVID. Johnny was born to his parents, John Sr. and Charlsey Jo “Josie” (Milliken) Schachner, on May 30, 1960 in Charlotte, North Carolina. Johnny’s family moved to Wisconsin when he was young and Johnny remained an avid Green Bay Packers fan throughout his life. After graduating from Appleton West High School where he played football, Johnny joined the United States Navy. During his service Johnny served as an aircraft technician. After his discharge from the military, Johnny became a postal carrier for the United States Postal Service in the Seattle, Washington area, where he resided until his retirement. In 2007 Johnny returned to his roots in Appleton, Wisconsin and joined his brother Jim to run the business founded by their father, Construction Supply and Equipment, until it closed in 2019. In May of 2000, at the age of 40, Johnny devoted his life to Jesus Christ. Lifelong friends share that although Johnny was generally a happy guy, he was never more joyful than after he began his personal relationship with Jesus. He started each day studying the Word of God. He shared Scripture on his social media daily in hopes of encouraging those around him. Johnny was a fun-loving guy and known for his generosity. He used these gifts to share the love of Jesus with everyone he met. In restaurants, before praying over the food, Johnny often asked the server how he could pray for them. Johnny attended Cross Walk Church in Appleton for many years, where he met the love of his life. Johnny married Maria Luisa Palacio Reyna in Appleton, Wisconsin on November 5, 2010. John adopted Maria’s children, Jordan and Jaden. Through God’s grace, Johnny sought daily to be a loving husband and godly father. These relationships enabled him to give and receive love in ways he never thought possible. When faced with daily challenges, Johnny often looked to 1 Corinthians 13, The Love Chapter, to inspire his perspective. John was proceeded in death by his father, John Sr. He is survived by his wife Maria, sons John the Third, Jayson (Jill), Jordan, and daughter Jaden. He is also survived by his mother Charlsey Jo Schachner-Kamps of Appleton, brothers and sisters Susan Swanson of Colorado, James (Paula) of Kaukauna, Jeff (Dawn) of Spooner, Samantha, and David, and step-mother Beth of New York. A Homegoing Celebration for John will be held at Cross Walk Church in Appleton at 11:00 a.m. on Saturday, October 9, 2021, with visitation one hour before the service. He will be memorialized at a veterans cemetery at a later date. In lieu of flowers, please make memorial donations to Wisconsin’s Veterans Village Association, Wounded Warriors or another veteran’s organization.

John &#8220;Johnny&#8221; Louis Schachner, Jr. of Appleton, Wisconsin entered his heavenly home and the arms of his loving Lord and Savior Jesus Christ on Tuesday, September 21, 2021 in Oshkosh, Wisconsin due to complications from COVID. Johnny... View Obituary & Service Information

The family of John Louis Schachner Jr. created this Life Tributes page to make it easy to share your memories.

Send flowers to the Schachner family.