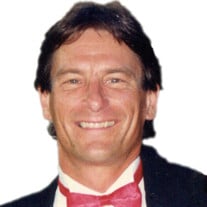 Jack H. Grun, 67, Suamico, passed away unexpectedly on December 9, 2019, at home. Born on Sept. 4, 1952, in Manitowoc, he is the son of Warden “Greenie” and Joan (Detlefs) Grun. Jack graduated from Lincoln High in Manitowoc. Then he entered the US Navy serving as a Sea-Bee. After his service, he traveled the United States spending considerable time from New Mexico to Alaska before returning to Wisconsin. May 22, 1991, he married Maureen McCotter in Green Bay. Jack worked in construction for many years doing home building and finish work. Jack enjoyed the outdoors, especially fishing, water skiing, hiking, and was truly a “Jack of all trades”. He had a great love for animals, particularly his “puppies”. Mostly, Jack loved to spend time with his best friend and son, Mason.  Jack is survived by one son, Mason Grun, Suamico; mother Joan Grun,; sister, Patricia (Dan) Levine; special nephew, Loren; mother-in-law, June McCotter,; brothers-in-law, Michael McCotter and Tim McCotter (Sharon) McCotter; other relatives and many friends.  He was preceded in death by his wife, Maureen; his father, Warden “Greenie”; sister, Mary Ann Grun; and his canine companions.    Family and friends will gather at Townline Pub & Grill, 2544 Lineville Rd., Suamico, on Tuesday, December 17th, starting at 4pm with a moment of remembrance at 6:30pm.

The family of Jack H. Grun created this Life Tributes page to make it easy to share your memories.

Send flowers to the Grun family.