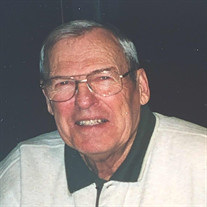 Harlan (Harky) Ray Riste (87) passed away at home on October 25, 2021. He was born at home in Waupaca County on May 11, 1934, to the late Arthur and Edna (Pagel) Riste. He was raised in Ogdensburg, WI and graduated from Manawa H.S. in 1951. After working odd jobs, he and a friend decided to join the Air Force. Harlan served most of his time in France and Tripoli as an air policeman and basketball player. Upon returning home he worked at Appleton Coated and then drove truck for Schneider Transport for 31 years until he retired in 1999. On Oct 29, 1977 he married Suzanne (McCole) Kalies. In their younger years, they enjoyed bowling, camping at Bear Lake in Manawa, and motorcycling on Harky’s pride and joy – a 1971 Honda 750 which he reluctantly sold when he was 84. He was a “forever” Chicago Cubs fan and loved western movies. He is survived by his wife Sue, his sons Timothy Kalies and Patrick (Tina) Riste. He loved his grandchildren – Wyatt Riste, Andrew and Krystyna Kalies, and Kasia (Katherine) Targosinska. He is also survived by a sister-in-law Wyonne Riste, and Sue’s sister and her husband Carol Jean (McCole) and Norbert Herzberg, many nieces and nephews, cousins and friends. He was preceded in death by his parents, his in-laws Eugene and Eleanor McCole, three brothers—Wayne, Marlyn (Mike), and an infant that died at birth; sister-in-law Teresa Riste and nephew Troy Riste. Private services wil be held at a later date, and burial will be in Mt. Cavalry Cemetery in De Pere. We were given wonderful extra years with Harky because of the excellent care from Dr. Umang Gautam, the Vince Lombardi Cancer Center, Bay Clinic, and Aurora Hospital. The Aurora at-home staff and Aurora Hospice nurses were such a blessing to us all over the last few months. We could not have kept him in his home without their help and encouragement. May God bless each and every one of you for all you did for us.

The family of Harlan (Harky) Riste created this Life Tributes page to make it easy to share your memories.

Send flowers to the Riste family.