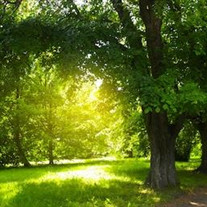 Cornelius Thomas Hook (aka Corey Hook) passed away peacefully on Thursday, Nov. 21 at Unity Hospice in DePere, from Lewy Body Dementia. Corey was born July 16, 1933 in the home of his parents' (the late Corey T. Hook, Sr. & Ella Meyering) in Alameda, CA; the first of five siblings. Alameda is a small island in the estuary that meets the S.F. Bay.Corey and his brother Harmon enjoyed paddling & fishing in the Bay in their sturdy Army surplus rubber life-raft...until they once paddled too close to Alcatraz & were ordered to leave the area by the Coast Guard. Corey and a troupe of close friends spent several summers backpacking and fishing lakes in the Sierras. Corey graduated from Concordia Lutheran High School in Oakland, CA. He enlisted in the US Naval Air Reserve (2/13/53 - 2/16/56) where he played volleyball on the Oakland N.A.S. championship team. Corey and Barabara DeJong were married on March 5, 1954. The bride's father (Rev. Frank DeJong) officiated the ceremony & the groom's father (Corey, Sr) was the soloist. Corey and Barb have married for 65 years. After completing 2 years at Oakland Junior College, Corey enrolled at Cal Poly in SanLuisObispo, CA. He graduated with a BS in Mechanical Engineering in 1961, Barb was awarded her PHT (Pushing Hubby Through) diploma. Their first child, Betsy, was born in July, 1960. Upon graduating, Corey was hired as a Design Engineer, by FMC in their Oakland office & the family moved back to Alameda. Their son, Greg was born in November 1962 in Alameda. In 1965 the plant moved their operation to the new & larger facility in Green Bay & seven families were transferred there. He worked as a Design Engineer in GB until 1974 when he was transferred to Tustin, CA, in Orange County, in a Sales position. In 1975 he was transferred back to GB as Sales Manager Interntional, in FMC's Packaging Machine Division. He has 3 patents, most visible being the "fold-lock top" on the Glad Sandwich bags. In 1985 he was relocated to Olympia, WA until 1987, when we were again transferred to GB. He retired in 1995 & remained living in Allouez. His job required much airline travel throughout the Midwest states, the West Coast, Brazil, and Europe to meet with potential customers & attend Sales meetings.He was employed 34 years at FMC and was presented with the Sales Excellence Award as Top Sales Performance in North America in Packaging and Material Handling Division in 1994. He worked, and became great friends with Jeff Mertens and Tom Tostrup. Jeff was his fishing partner on fly-in expeditions, via sea-plane, in Red Lake, Ontario. Jeff and Tom and Corey were hunting buddies for many years. They remained life long friends. We thank them for their love and support. Golf was also a favorite life-long sport. During retirement Bill Dunnick & Larry Pritchet were with Corey for many rounds on the courses in the area. Thank you for the memories you gave him. He had a friendly smile, a likeable personality, and a quirky sense of humor that we will all miss. He was an active member in 2 churches serving as a trustte and usher. He was homebound these last few years. We thank Cindy Greaves, from Home Instead, for the care, skill, and affection she gave Corey, and the family. She is a treasured family friend. The family is thankful for the care and concern Corey received from the staff of Unity Hospice. A very special thank to our son Greg who gave up working to become Corey's full-time in home caregiver for the past two years. Taking on the household and maintenance responsibilities making our lives safe and comfortable. We wouldn't have been able to get through this without him. Corey is survived by his wife, of 65 years, Barbara, his son Greg, daughter Betsy, brother Daniel Hook (Barb), sister-in-law Marie VanAntwerpen (Bert), brother-in-law Benjamin DeJong, and sister-in-law Carole DenDulk (Art). Preceded in death by his father & mother, brothers Harmon and Steve, and sister Susan. In keeping with Corey's wishes there will be no funeral services. Family and friends are asked to remember him in private.

The family of Corey Hook created this Life Tributes page to make it easy to share your memories.

Send flowers to the Hook family.