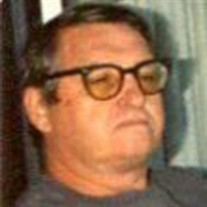 Carl H. Delaruelle, 82 of Green Bay, Wisconsin, passed away peacefully on January 21, 2021, after a long battle with cancer, surrounded by family. He was born to parents George and Ethel Delaruelle on February 15, 1938, in Green Bay, Wisconsin. Carl graduated from East high School and shortly after joined the United States Marine Corps and was stationed in southern California where he met and married Lois Garner on July 24, 1959. He was discharged from the USMC after three years of honorable service. He moved back to Green Bay for a short time and reenlisted this time in the United States Army. Where he again served honorably for three years. Carl and Lois went on to have six children, Robert, Kenneth, Ronald, Julie, Charles and Sheri. Carl was survived by children, Robert, Kenneth (Sherry), Charles and Sheri; brothers, Rodger (Margaret), August (Annette) and Ralph Delaruelle; sister Yvonne (Stanley); and a host of grandchildren and great grandchildren. Carl was preceded in death by his parents, George and Ethel; his wife, Lois; and children, Ronald and Julie. Carl was known for his love of his children, the Green Bay Packers, investing in the stock market and computer games. A service will be held for Carl on a date and time to be determined at the Fort Howard Cemetery.

The family of Carl H Delaruelle created this Life Tributes page to make it easy to share your memories.

Send flowers to the Delaruelle family.